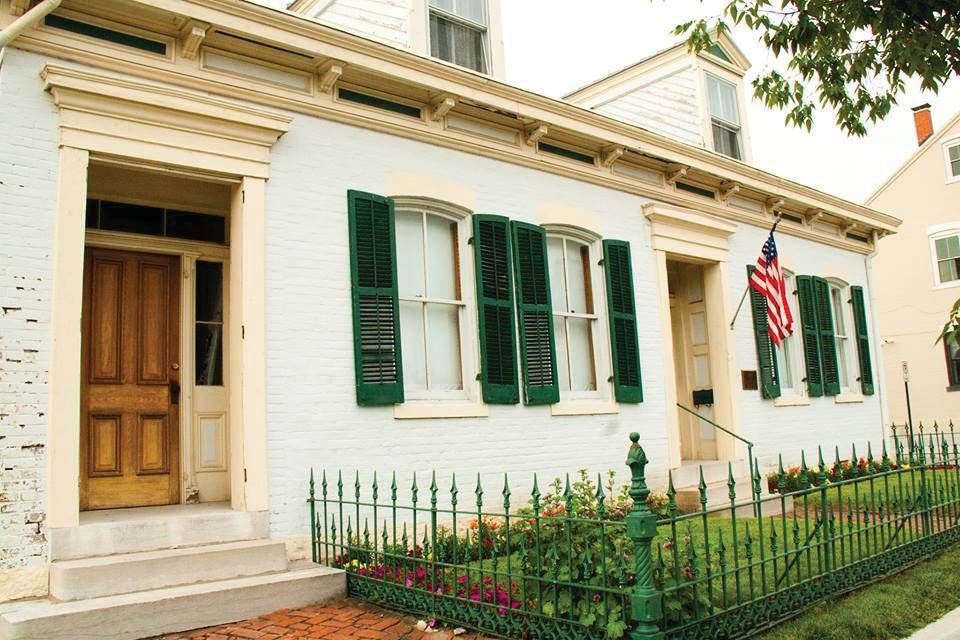 The Miller-Fiege Home was built in 1850 by John Dahner. The house is a vernacular German cottage with Italianate influences. These influences include simple brick on a limestone foundation; one-and-half stories; segmental-arched brick lintels over the original windows.

The home was purchased by P.W. Miller in approximately 1857. Mr. Miller owned the blacksmith shop adjacent to the home. The home became the property of the Fiege family after Ferdinand W Fiege married Elizabeth Miller, granddaughter of P.W. Miller, in 1904. They had two daughters, Dolores born in 1908 and Winnifred born in 1917. The sisters never married and lived in the home until their death.

The City of Columbia purchased the home in 2009 to preserve it and to use it as a museum. Most of the furniture in the home and all of the photographs on the walls belonged to the Miller-Fiege family. The shutters and metal fencing encasing a portion of the façade are original to the home.